2017 was a key year in the history of the GCIP-SA. It brought to conclusion four years as a donor-funded initiative  in the run-up to the project’s integration into the Technology Innovation Agency as a legacy project as from January 2018.

Hailed as an example of a successful international partnership by project partners the United Nations Industrial Development Organization (UNIDO), the Global Environment Facility (GEF), the Technology Agency (TIA) and the Cleantech Open, the GCIP-SA has assisted a total of 102 cleantech entrepreneurs and innovators in validating their technologies and developing sustainable and investment-ready business models over the past four years. Click here for an overview and pictorial history of the project since its inception in April 2014. The 2017 top performers were announced at a gala and awards event on 3 November 2017, where the integration of the project into TIA was also celebrated.

Key programmatic events in the run-up to the selection of the winners and the gala event included the following:

Selection of 2017 participants (March to May 2017): Following a widely publicised call for applications, 25 semi-finalist teams were selected from 81 applicants to participate in the 2017 GCIP-SA Business Accelerator 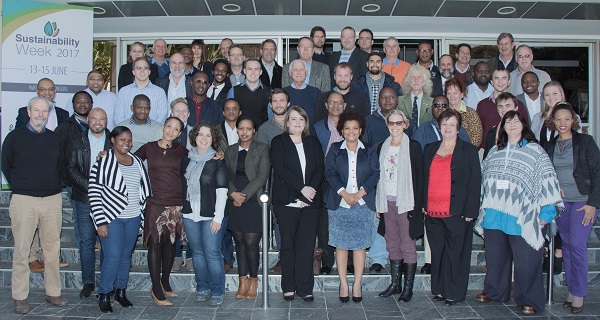 The 2017 Semi-Finalists and Mentors at the 2017 National Academy

National Academy (June 2017): The teams started off their training with a National Academy in June 2017, where they were introduced to the DeBarsy 20-element business model© by Paul deGive, Director of Training and Mentoring for the GCIP globally. They were also exposed to key topics such as Intellectual Property, Product Development, Business Modelling and the funding landscape in South Africa by external experts, and were matched with mentors to guide them in the application of the model to their businesses over the next four months.

International webinars (July – October 2017): The semi-finalist teams participated in a series of 25 webinars presented by the Cleantech Open over a period of three months, joined by their mentors and top 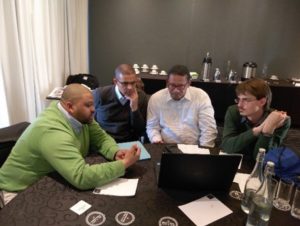 performing teams from seven other GCIP countries from across the globe.

Business Clinics (July 2017): Regional Business Clinics were held in Pretoria, Durban and Cape Town as an opportunity for one-on-one consultations with topic specialists, to address specific challenges in their businesses. 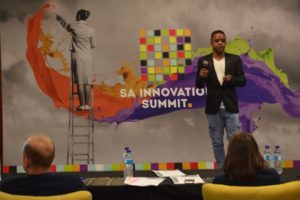 Mock judging (September 2017): The semi-finalists participated in a mock-judging process in Cape Town, in partnership with the South African Innovation Summit, to prepare them for their presentations to the final judging panels. 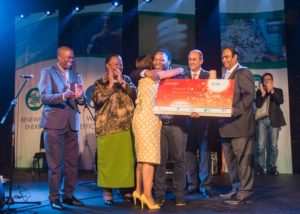 Winning team Khepri Innovations at the Gala and Awards event

Gala and Awards event (November 2017): The winner, two runners-up and three special category winners were announced at a gala and awards event held in Pretoria on 3 November 2017

Integration into TIA (January 2018): The GCIP-SA will be integrated into TIA on 1 January 2018, where it will be institutionalised as a legacy project

Note: GCIP-SA winners have done very well at the Global Forum in 2015 and 2016: 2015 GCIP-SA winner Dave Lello (Ekasi Energy) was announced the overall global winner at the event, while 2016 GCIP-SA winner Yolandi Schoeman (Baoberry) was one of two overall runner-up teams, and GCIP-SA runner-up Martin Ackermann (Thevia Rooftiles) was the winner in the Green Buildings category.